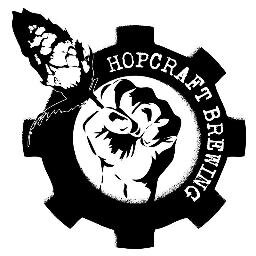 Deep in the heart of the South Welsh Valleys in the small village of Pontyclun in the borough Rhondda Cynon Taff lives Hopcraft, a microbrewery. It’s an unassuming building located in an industrial estate that’s roughly a twenty-five minute drive from Cardiff. In the burgeoning craft beer world Wales has started to make a name for itself and Hopcraft with its punk ethos, hoppy beer and newly opened pub in Cardiff (Hopbunker) has been a massive player in the scene. This is in spite of the City’s flooded Brains Brewery market – over 250 Brains pubs now operate in and around the Cardiff area.

Gazza – the man in charge of the enterprise – was already well into his brewing routine when I arrived. His day starting at 8am ‘mashing in’ with his assistant, Gav. Between them they manage to produce an average of 10 barrels a week, this is all done in their unit of the industrial estate and that includes bottling, producing labels and shipping out their final product to the awaiting British public.

Gazza said he “only got into brewing to make interesting beer” and when he first came to Wales from Steel City in Sheffield there were only 30-40 breweries in Wales and now that number has doubled. That’s doubled since 2012! This is due to a number of factors such as special area grants, cheap land, and a high demand for the product. Currently there is a market saturation which means everyone and his uncle are now deciding that they can make good beer. But that’s the difficulty with craft beer, hardly anyone knows the craft well enough to make good beer great. For a start it’s an expensive and time-consuming task that you have to give everything to, have a passion for, have the money for and even after all that who is drinking it? Especially if you don’t have the means to open your own bar to sell your own product. This is why breweries like Tiny Rebel in Newport with its Urban Taphouse bar in Cardiff, Waen with its two Gravity Station bars in Cardiff and Swansea and now Hopcraft’s Hopbunker – along with a Brewdog popping up in every large City in the UK. Many brewers have negated the selling directly to bars method and just jumped straight in with their own bars. Just selling it by the pint, no middle men.

With a world shortage of hops, a flooded UK market and an industry growing everyday it is a certainty that you need the passion for the product and the ability to understand the science, the customer, and the commercial side of brewing (along with being pretty damn good at it) if you are going to make it. This is something that Gazza and Hopcraft have by the bucket load, and in Gazza’s words on brewing in Wales at the current moment “you’ve either got to be big, cheap or interesting” otherwise it is clear that you’ll get lost in the flood of this market.

For the latest news on availability and Gazza’s plans keep an eye on the Hopcraft social media sites:

One thought on “‘Hopcrafting’ in the South Welsh Valleys” 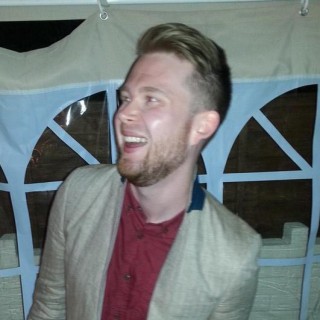